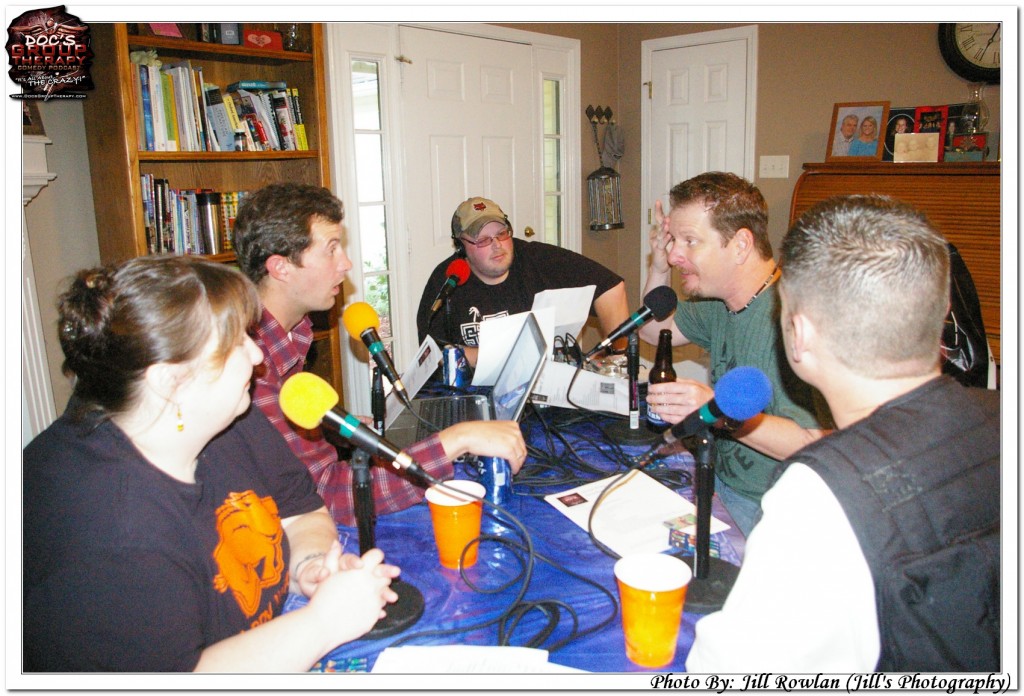 October September 26th was the Doc’s Group Therapy Comedy Broadcast / Podcast (Scary an Stuff) broadcast live (http://www.MixLR.com/docs-group-therapy) and recording in Cabot Arkansas during a 80’s Theme / Star Wars 40th Birthday Party.   With Elvis running around and singing in the background, we talked about stuff that scared us from movies as kids or adults to scary events and people.  I have to admit this was one of the funniest and cleanest shows we have had yet… WHAT!  There was even a birthday spanking for Scott Romine for his 1 millionth birthday.  We also had a blast talking crap about news across the world from Un-Doc-Umented News.   DGT even made Diamond Bear’s Two Term beer on tap.  We enjoyed cigars in the back while folks were screaming during a hay ride being chased by a dude chasing them wearing a gilly suit in the dark!  More therapy and laughs to come on the next Doc’s Group Therapy in Doctober.

The panel included host Michael ‘Doc’ Davis, his awesome geeky co-host Grant Morris, bored-board man Luke Rowlan, Scott Romine, Jill Eowlan, and little Lauren Faehl and Christy Davis’ish.  Our regular photographer, Jill Rowlan (www.Facebook.com/PicsByJill) kicked butt on photos from the event as always with a few shots from Christy too.  Very special thanks to the Romine’s for having Doc’s Group Therapy at their home and gun range in Cabot, Arkansas.