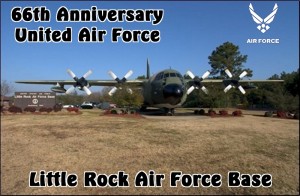 I would like to start off by saying I truly appreciate Amanda Clark and Major Williams for making me part of the Ball celebrating 66th Anniversary of the US Air Force.  It was truly an honor to serve those that serve our country and I look forward to being involved in more upcoming events.  I’d also like to thank the government for re-opening so that we could have the show.

I arrived at the Little Rock Air Force Base (www.littlerock.af.mil) early to make sure I was on time and thank goodness the gate guards had warm hands.  Just kidding, well I’m sure they were warm!  I did however do something stupid that required me to be escorted to the Security Center’s Armory.  Oopsy!  Makes for great memories and laughs later.  I have to admit; the guards and patrol handled everything very professionally and left me VERY impressed.

The show went absolutely great!  I completed over 45 minutes of custom military comedy and all the while I enjoyed the laughs, clapping and interaction.  It was freak’n AWESOME!  It was quite funny to watch former Chief of Staff General Schwartz’s wife (Suzie) console my Fiancé Christy as I told a LOT of people of our antics and funny stuff.  Mr. and Mrs. Schwartz were some of the most down to earth and approachable people I have met.  There is a photo of him and me in my Facebook photo albums (www.FaceBook.com/MichaelDocDavis).  Everywhere you looked; there was brass EVERYWHERE along with local government officials.

An awesome band named Lagniappe took the stage after my performance.  They rocked it out for a while with a dude that danced like crazy all night.  He appeared to defy gravity a bit.

On top of everything to this point, I was then presented one of the BEST gift’s that I have ever received next to my P.O.W. plaque from doing a Veteran’s event.  The Air Force gave Christy and I a base coin in the shape of a dog tag.  I am still VERY touched by this.  A lieutenant bought me some very nice cigars as well.  The food was excellent, drinks were great and the company by far blew EVERYTHING else away, especially Amanda’s Man Wife Brad Clark, hahaha.  I LOVE OUR MILITARY!  To the base, SUP!!!  I had such a wonderful time and it felt like home.  I was treated VERY well by all.

I would like to thank the Wing Commander, my Fiancé Christy Sheets, Mrs. & Man Wife Clark, Mr. and Mrs. Swartz, Major Mendoza, and SSgt. Rule aka Mr. No Pressure and ALL of the Military personnel that were at the event. J

I salute our military forces.  I hate that they have to fight for freedom for both us and others, but I am proud that they do it so well!  Be safe my friends and I’ll see you at the next event.