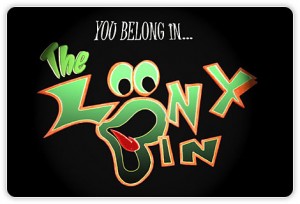 Round 3 and the last of the semi-finals is in the books from the Little Rock Loony Bin Comedy Club (www.LoonyBinComedy.com)!  5 comedians hit the stage, 1 bailed on the show, and 2 moved on to the finals on July 24th.   Congratulations to winners, Nate Williams and Slim Goody!  The winners were selected by the point scoring of the crowd.  The final round will be on the 24th where the 6 comedians from the semi-finals will hit the stage and going head to head to win.  They will win their first professional booking at the Loony Bin Comedy Club as the host.  There was a good turn out to see these local comedians trying to win their chance to host at the Loony Bin.  However this crowd wasn’t as open with their laughs, so the comedians had to work hard.  I enjoyed being the show host for this event and being on the stage with other talent.  Support for local comedy is critical and you just might see the next big comedian starting right here at the Loony Bin Comedy Club right here in Little Rock, Arkansas!

After the competition was over, Headliner Julie Scoggins (www.Facebook.com/JulieScogginsComedy), Feature Chris Killian (www.Facebook.com/Chris.Killian.Comic), host J. Washington and I (Michael Doc Davis) took the stage for the comedy show while the results were tallied.  I always love being on the stage at the Loony Bin Comedy Club.  You can also check out my comedy podcast at www.DocsGroupTherapy.com.   You have got to see / hear Julie Scoggins, Chris Killian and J. Washington live.   They are ALL freak’n hilarious!

I look forward to seeing you all at round 3 of the open mic competition at the Loony Bin Comedy Club!