This is other blogs can be found at www.MichaelDocDavis.com

Event photos can be found at http://www.facebook.com/MCDLink 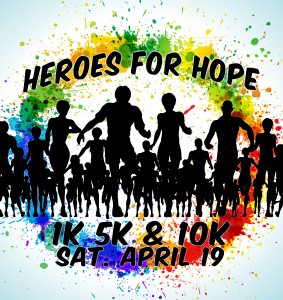 April 19th, 2014… This awesome day started with the Super Hero Races that started out with a horn… but a big boom of participants of all ages for the 1K, 5K and 10K races. Kids, adults and seniors showed beyond a doubt that they were Super Hero’s for attending and supporting the event and Children’s Advocacy Alliance starting from Simon Park in Conway Arkansas! What an amazing turnout! The Children’s Advocacy Alliance (www.HopeAndJustice.org) did an amazing job putting this event together.

After the Superhero race was all over, it was time for the talent show, games, food, and more. Other than doing my stand-up comedy, Doc’s Group Therapy Comedy Podcast (www.DocsGroupTherapy.com) and being in film, this event by far is one of my favorite things to be part of. BACA (www.BACAUSA.com) rode in on Harleys carrying the “Missing Child” flag as a somber reminder of child victims from abuse and neglect. This was a VERY touching moment indeed and makes you just want to hug every child you see and keep them safe!

Next up, the awesome costume contest began and the kiddos were dressed up as teenage ninja mutant turtles, power puff girls and more. The kiddos glowed as they took the stage with capes that were blowing in the wind. A smile of a child will always melt your heart unless it’s they tell you, “You need an energy drink…”. Anyway, after the parade, I interviewed each of the kiddos for them to tell us who they were and their super power and strike a pose. We then announced the winners and they took their photo ops of best girls, boys, and families. It was a blast sharing the stage with ALL them.

Talent time!!! There was everything from dancing and baton twirling to music and singing and it was all with the occasional train blowing a horn and they were all AMAZING! I found out that if you are in a porta-potty and a train goes by, it can scare everything out of you. All of the performances did such an amazing job and I could only hope that kids with not such great opportunities that are in foster / court system care find this happiness too.

It’s up to ALL of us to help children get out of situations of abuse and neglect. We as a community have to fight by volunteering, donating time or money, and spreading the word about The Children’s Advocacy Alliance (www.HopeAndJustice.org). They and We can make a difference.

As always, it was a true honor to be selected and asked to be part of such a great cause and event! A big thank you to CASA 20th and Children’s Advocacy Alliance.

I look forward to seeing you all next year for another WONDERFUL event!